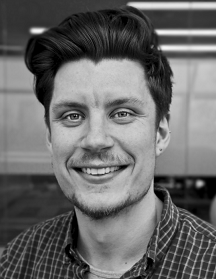 If you ever find yourself in the London Millbank office, within minutes you’ll be subjected to the company’s most pressing rhetoric: how do we shorten surveys, how do you modernise them and how do we bring innovation to a rapidly changing industry?

Spend a bit more time in the office and you’ll take stock of a small group of people, who consciously or not, congregate by the 5th floor staircase. Who is this group of people? We are Lightspeed Health: the healthcare data collection specialists.

I am proud to be working for Lightspeed Health, but often question, why is our industry lagging in the race to modern survey design? After all, we support a sector famously at the cutting edge of technology and innovation. I reached out to my dear friend Google and asked, “Why do physicians not want to take more engaging market research surveys?” and I couldn’t find a definitive answer - turns out there isn’t one. So when a client reached out looking to better engage with physicians, I opened our well-stocked catalogue of innovative survey techniques and got to work…

In an effort to bridge the gap between qualitative and quantitative research, we implemented a video open-end feature using Voxpopme: a video insight platform that allows respondents to record their video response for further analysis. The technique seamlessly fit into the survey design:

It was the perfect tool to trail amongst our physician panel for this project.

We sampled a mix of Dermatologists and Rheumatologists in the UK, Germany and Italy, aiming for 65 completed interviews and 20% video open-end participation. The physicians were shown a series of messages concerning a new product in development and were then asked to evaluate which message(s) where most compelling, an exercise that formed part of a wider 20-minute survey. They had two options: 1) a standard, written open-end response, 2) an enriched video response. Research has shown that by making survey sections optional, we yield higher participation rates. Given that, we allowed the physicians to decide which route to take.

The results were better than we had hoped for. Our video response participation ranged between 35-40%, where interest peaked amongst our German physicians. Better still, the data output via Voxpopme from the video responses averaged 10x more words than the standard open-end responses. Results were richer, more insightful and much more actionable. We had managed to extrapolate the benefits of qualitative research and apply it in a very quantitative way.

Video open-ends are just one new technique we’re taking advantage of with physician research. In this case, we wanted to peak behind the curtain, and meet the doctors behind the data. But we need to continue to build on what we know, what we’ve learned and more importantly, keep trailing new techniques in healthcare market research.

Voxpopme has shown itself to be an extremely useful data appendage, something to add value to a data-set but not necessarily own it. It’s time we encouraged ourselves to be bold and bring modern survey techniques to the healthcare arena.