The Census – A Threat to Online Surveys? 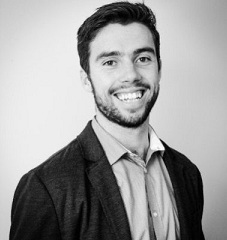 The recent compulsory online census in Australia stirred a considerable amount of controversy, and for seemingly good reason. Ahead of census day, concern was raised by many Australian residents at being told they must share information, but when it was then virtually impossible to complete on the night (the handful of those who managed to submit it notwithstanding), many were up in arms.

This is human nature; a primal reaction to a public blunder. But what about the direct impact on the online research industry? Are the ramifications further reaching than basic frustration? Should we, as researchers, be concerned? To find out, we ran a multiple-response poll* around the potential impact of the online census on various online activities.

Launch timing was critical. Too soon after the event and the results would likely return an element of bias, too late and the show is over. The question was phrased as below:

Q1) Has participating in the recent Online Census negatively impacted your: 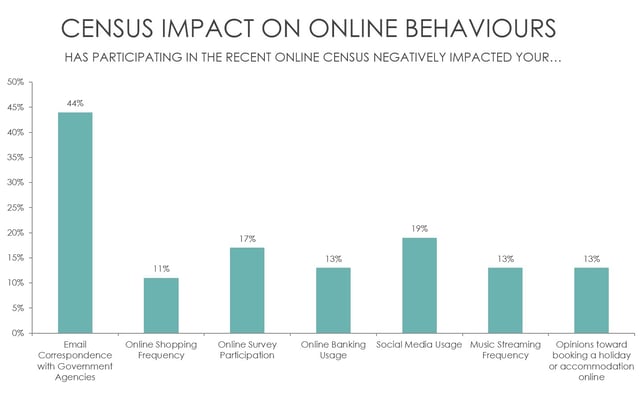 Ultimately, results indicated that the census did negatively impact numerous online activities. There was a slight increase in negative impact on survey participation and social media usage compared to the others, which isn’t surprising given that this activity involves individuals giving their opinions rather than transactions which directly impact the respondent. This is something we should be aware of, but not alarmed about. The dust will settle with time. 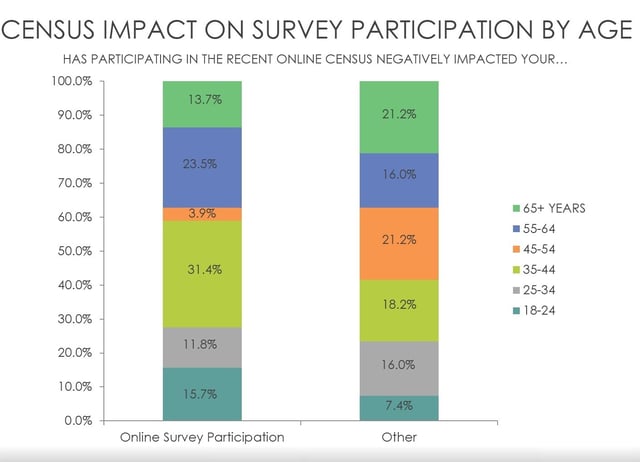 The dominant statistic, albeit a rather obvious one, sat under correspondence with government agencies, with 44% claiming the census had a negative impact.

We can see that 17% of people believed that the Census negatively impacted their online survey participation rate.

It’s telling that 38% of respondents that selected ‘online survey participation’ were in the 55+ age demographic. A failed transition from a paper form to online survey has garnered a substantial emotional response in the older demographic, as one would expect.

Panic should be withheld as post-survey we also found that, although 17% reported that the Census would have a negative impact on their participation in online surveys, none of these individuals left the panel and are still active in taking surveys. This confirms the argument that the Census was top of mind when it first fell apart, but the impact will not linger long-term. Online research lives on.