How to Win with Hispanics on Facebook: A Quick Service Restaurant Case Study 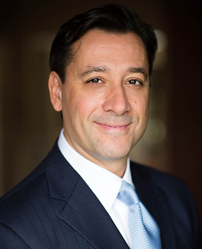 Everyone knows the numbers and the growth story.

Online Hispanic consumers are a valuable segment in the US population that is socially engaged. There are 41 million Hispanics online who over-index on key digital behaviors. According to recent research by Unilever and Mindshare, Hispanics are twice as likely to share content as non-Hispanics, and do so five times more frequently. This represents a tremendous opportunity for brands, with an IRI analysis showing that a $1bn+ CPG company can earn an extra $71m in revenue annually by investing more effectively in the Hispanic consumer.

But how many of you have grown your client's business on Facebook?

This is why understanding where Hispanic and Gen pop tastes and preferences converge and diverge is important in driving key business outcomes (i.e., sales) for leading corporations.

In a study by Lightspeed GMI published in the September issue of Journal of Cultural Marketing Strategy, Hispanic brand fans of McDonald’s, Burger King and Taco Bell were compared to one another and to their respective Gen pop counterparts. The empirical study, which surveyed over 22,000 Hispanics, quantified “the strength of a fan” by tracking “Like” data across key Facebook pages, as shown below.

Based on this Table, Hispanic fans of Taco Bell and of McDonald’s index a significant 31 percent higher in their interest in Music versus the average Facebook member—25 percent higher for Hispanic Burger King fans.

Comparing Gen pop brand fans’ top Music “Likes” to Hispanic brand fan’s “Likes,” the study also showed few differences in the top “Liked” musicians of Hispanics compared to the Gen pop. McDonald’s has invested in marketing related to the Latin Grammys, including the McDonald’s Fiesta Tour, however only one artist in McDonald’s Hispanic fans’ top ten, Shakira, has won a Latin Grammy, but she also appears in Burger King’s Hispanic fans’ top ten. Reaching current and potential Hispanic QSR consumers through artists and converting them to brand fans represents an enormous opportunity for these brands.

Identifying and leveraging your competitor’s weakness into your strategy is a smart way to drive sales. In fact, it is an efficient way companies can steal share from their competition in a targeted manner on Facebook. The table above reports Facebook Interests across eight categories for three QSR companies, and offers strategic direction on future tactics.

Jake Beniflah is the executive director of The Center for Multicultural Science and co-founder and editor of The Journal of Cultural Marketing Strategy. This month, the inaugural issue of the journal features an article by Lightspeed GMI’s Edward Staples and Tiama HD Fowler: Harnessing the power of Facebook to target the Hispanic consumer: An automobile and QSR analysis. The study’s findings will be presented this week at MediaPost’s Engage:Hispanics Conference in New York City.