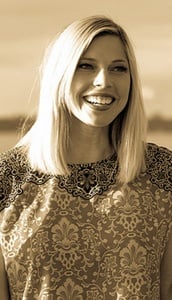 Recently Lightspeed GMI added verified voter data to our list of panel profilers. We did this by partnering with a political data provider who maintains a national database of more than 190 million voting records, including past behavior in state and federal elections. By matching our U.S. panel against this database and making the results of those matches available for sampling, our clients benefit from improved targeting for political research. For example, with our panel it’s now much simpler to ask political questions to past or prospective voters:

To demonstrate the concept we ran a short survey among our panel, targeting Democrats and Republicans. In the survey we had 482 people who claimed to ‘historically support the Republican Party;’ 82% of whom were profiled as Republican/Inferred Republican. For self-identified ‘historical supporters of Democratic Party’ (488 panelists), 80% were profiled as Democrats. While it’s important to note that this sample is not necessarily representative of the people expected to vote in 2016; this data may be indicative of how broad groups of voters are feeling.

With such dramatic differences in the composition of GOP vs. DNC presidential fields, we were curious how prospective voters felt about the role their vote would play in deciding the next U.S. president. Do Republicans, with more than a dozen GOP candidates, feel their voice is more or less important than in years past?

When asked to compare how important their vote would be in 2016 vs. past primary elections, Republicans were significantly more likely (by 12 percentage points) to categorize their upcoming vote as “more important”:

We also explored the issue of traditional phone sampling methods. With a substantial percentage of the population moving away from landlines, we asked voters to select which of the following statements “best described them?”

Among those we surveyed under the age of 55, 74% primarily or only use a mobile phone vs. 39% of those 55+. This may be higher than the registered voter average because these people were in an online panel. A pattern of younger people skewing towards mobile phones seems intuitive; however, the fact that nearly 40% of those surveyed over 55+ are unlikely to be reached via landline is an important consideration when trying to reach all audiences, especially when it comes to random digit dialing (RDD) opinion polling.