“You’re in Market Research - does that mean counting vegetables?” 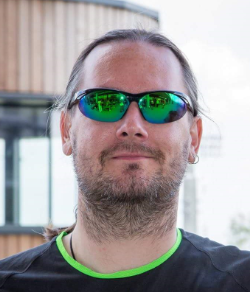 I was lucky enough to attend the recent MRS Impact Conference and sit in on seminars covering the perennial problems that Market Research is said to have, including: What do we call ourselves? How do we add value? What do we do about automation?

Our industry has had an interesting year since the last MRS Conference. Political opinion polls, in particular, have suffered publicly by predicting incorrectly: Brexit, Trump, the 2015 UK general election and the recent Netherlands general election. This could be due to a few factors of course: people not participating in polls, providing satisfying or false answers, the industry not asking the right questions or not accounting for biases correctly etc.

The industry is also facing continued changes with the (further) growth of automatic information generation from large unstructured data sets and new players with lots of readily available data coming more to the fore (e.g., Google, Facebook etc.). It’s not all doom and gloom though. According to a 2016 PWC report, as a whole, the industry market value grew by 62% between 2012 and 2016. This growth can be attributed to the addition of ‘big data’ and ‘data analytics’ work by non-core Market Research firms. Data analytics alone has grown by 350% in the same time period. Another key area of industry growth is online mobile surveys – something of direct relevance to Lightspeed.

As an industry we have a bit of an image problem – rather ironic really as we help clients and brands understand and improve theirs. Maybe as an industry we should go back to our roots and return to the ‘mass observation’ nomenclature of the 1930-60s. If nothing else, it would be very on trend and easily understood by the general population (if just slightly creepy). What we call ourselves and how we frame ourselves as an industry needs to reflect the right promise to clients we want to portray.

An informed observer, Dan Numan, has produced an academic paper about Market Research as a name for the industry; it’s academic in nature but is quite interesting. After synthesizing this paper, attending the seminars about the industry and participating in networking chats at the conference, I’ve come to the conclusion that the future of Market Research is actually looking quite bright. The world is moving towards a research based/evidenced decision making approach despite, or maybe propelled by, events over the last year or so.

While the industry is (ever) changing, some of the problems we face are not new:

Whilst some are very new:

We are in the throes of the fourth industrial revolution: the age of digital and mobile. Innovation is all around us and is constantly evolving; development is non-linear. Which can make measurement, forecasting and prediction challenging work. Data is behind everything, and we in Market Research are the experts in a data super-rich environment.

Yet, interestingly enough, only 3/10 of firms in the industry explicitly use Market Research in their branding; bigger firms are less likely to tag themselves with Market Research and are more likely to use hot or trendy words such as data scientists, data analytics, insight partners, etc. While an amount of this might be due to marketing and the need for differentiation in a crowded market place, there is an underlying issue here.

The word ‘Research’ is still frequently used but the term ‘Market Research’ is used much less than it once was; it’s mostly seen within the industry, but there are some large industry bodies that no longer directly reference Market Research in their ‘about us’ tag lines:

Generating information from data is the big new thing and it’s not called Market Research. ‘Data science’ is the emerging and popular term and is now an area graduates look to work in (as a ‘data scientist).

Given what has happened with opinion polling during the last year, we now need to listen as a sector. Clients and the wider society depends on us to be trustworthy, and in these times of fake news and the erosion of trust the pressure is on us to a greater extent. During the conference, a session on opinion polling became a rather heated debated. Some felt the (arguably normal) inaccuracy of the opinion polls, communicated through the media as being precise to the public, may have biased the outcomes in various ways.

Whatever we as an industry end up calling ourselves, the term Market Research is still dominant in one area: it is still strongly used in job applications.